Country music is one of the oldest genres of the popular and modern American music. It was developed in the southeastern states of USA. It is a mixture of:

Some of the instruments used to play the music include the fiddle, autoharp, mandolin, and the acoustic guitar.

This music genre was recorded for the first time in 1920. The Carter family was among the famous and pioneer musicians of country music. Carter and his wife Sarah collected folk song and wrote new songs too. The Circle be Unbroken (By and By) is one of the famous songs by the Carter Family.

This music genre has talented and great musicians. Some of them are still popular and loved even in death. There are other upcoming musicians who have stolen the show and created a brand name for themselves. 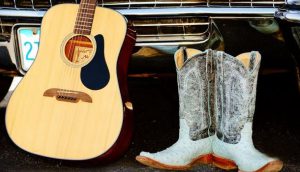 Country music has been around since 1920. The music is still a classic. The happy love songs bring a lot of emotions while the sad ones bring tears to in our eyes. All in all, country is music is still relatable and relevant at this day and age.

Country music is one of the oldest genres of the popular and modern American music. It was developed in the southeastern states of USA. It is a mixture of: Folk Music from British Isles African American Blues Church music

In the last decade there has been a massive resurgent of country music. Though we have always loved country, from the great stories the songs tell to the amazing tunes they play. At the heart of country music are group acts in particular trios. Here is a highlight of the five biggest trio acts in […]